The official schedule for the 2015 Girls’ & Boys’ Soccer Sectional has been released! 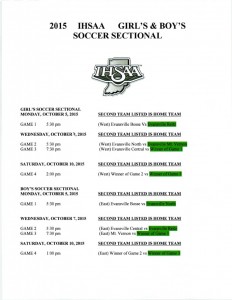 Both teams will play on Wednesday, 10/7 at EVSC Fields.  The girls will play at 5:30 PM on EVSC West vs Evansville North.  MVHS will be the “Home” team.

The Boys will play at 7:30 PM on EVSC East taking on the winner of the Evansville Bosse – Evansville North shootout which takes place on Monday.

The Championship Games are slated to be played on Saturday, 10/10.  The Boys game will kick off at 1 PM on EVSC East while the girls will start an hour later, 2 PM, on EVSC West.

Single Session tickets are $6 and Season Tickets are $9 and can be purchased at the gate. 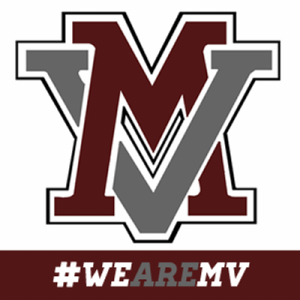