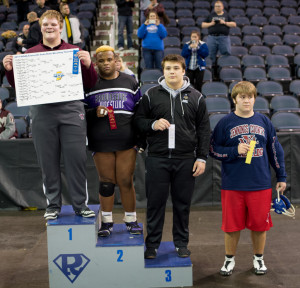 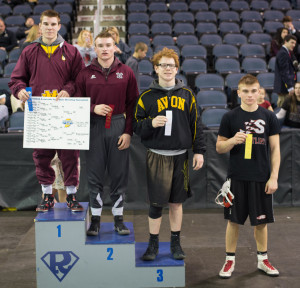 Wade is the 285 lb. Semi-state champion winning his last two matches by pin AND remaining undefeated at 45-0.

Austin finished as the Semi-state runner up. He is the FIRST wrestler in school history to qualify for the State Finals all 4 years!

Congratulations also to Micah Keller and Harley Gorman on their achievements this winter!  Micah was eliminated in the opening round of the Semi-State by the eventual champion while Harley was eliminated in his second round in overtime. 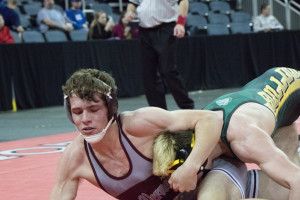 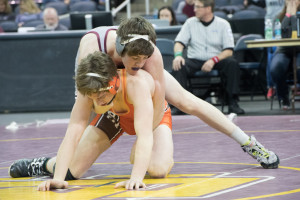 Congrats to the Wrestling program and best of luck at the STATE FINALS this weekend.  Brackets can be accessed using this link:  State Finals Brackets