We’d like to take this opportunity to congratulate Senior O-lineman, Asa Spindler, and his commitment to play football at the next level.  As such, we invite you to celebrate this occasion with us on Friday, April 5, 2019 at 3:30 pm.  All family, friends, coaches and staff are invited to the Athletic Foyer for the “signing.”  Please enter Door #2 at Circle Drive.

While at MVHS, Asa has been a multi-sport, multi-letter winner.  A letter winner for football, Spindler has played both sides of the ball.  This past year, he specialized on the O-Line and was named All Big 8 Conference as a result.  As a member of the Track and Field team, Asa will return as a thrower this spring as one of Coach Seifert’s shot and discus throwers.  This past season, Asa earned his varsity letter at the heavyweight spot.

His high school football accomplishments include:

Being presented ‘The Hawg’ Jr. yr.

Being chosen as Team Captain for games his Jr. and Sr. yrs.

Although having two lakes on campus is a bonus, Asa ultimately chose Lakeland for its work study co-op. Participation in the co-op gives students work experience in their specific field of study while allowing them to earn class credit and pay down student loans.  Asa plans to study Sports Management while attending Lakeland University. 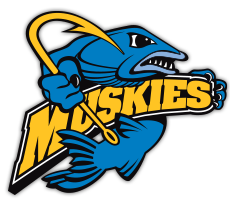 Congratulations, Asa!  We are proud of you & best of luck as a future “Muskie!”