Head Coach David Bell will officially retire from coaching at Mt. Vernon Senior High School after serving the district and community for 40 years! 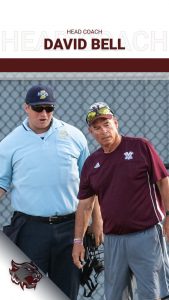 Bell, a 1971 Mt. Vernon graduate, returned home to begin his teaching and coaching career during the 1978-1979 school year.  In that first year, Dave was an assistant varsity football coach, he was the freshman boys basketball coach and he was a volunteer assistant for the baseball team.   Ironically, the sport for which he volunteered is the one that most of Mt. Vernon will remember best.

As a highly competitive coach, Coach Bell earned the respect and admiration of many fans, colleagues, players and competitors while standing along the 3rd baseline on the diamonds: baseball and softball.  28 of his 40 years have been with those two sports.  In baseball, Coach Bell and his teams accumulated 268 wins from 1981 – 2001.  After a short hiatus from the diamond, Bell returned in the spring of 2012 to take over the reigns of the MVHS softball program.  In just 8 seasons during the “Coach Bell” era, players and staff have accumulated 118 wins and back to back Big 8 Conference Champion titles. 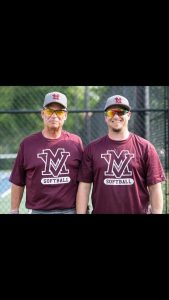 In 2018, Coach David Bell was the District 5 Coach of the Year and he and his son Jason Bell were inducted into the Greater Evansville Baseball Hall of Fame as part of the “Class of 2019.”

In addition, Coach Bell has had the honors of coaching several players who have earned Academic All-State and All-Conference recognition along with All-State/North-South honors.

Most recently in softball:

First Team All State and North-South All Star:  Brooklyn Gibbs 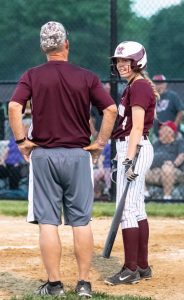 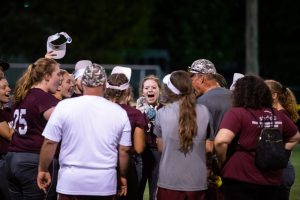 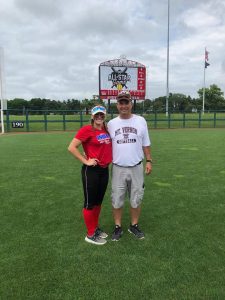 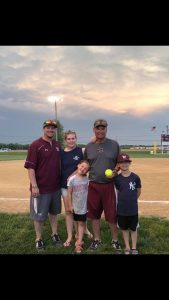 Congratulations, Coach Bell and THANK YOU for all you have done for this athletic community!

You will be missed on the sidelines, but we know we can count on seeing you for years to come as you continue to support Mt. Vernon and our collective athletic futures.