The Mt. Vernon High School Class of 2021 is adding two more athletes to the list of those “signing” to continue their athletic career at the next level.  We invite you to join us in celebrating Xavier Angel and Braden Dike at their “signing” on Wednesday, April 7 at 3:30 pm.  For those who wish to join us, please wear a mask and enter Door #2 at the Circle Drive Athletic Entrance.  Doors will open at 3:20 pm.  We will meet in the Main Gym to allow for social distancing as well as pictures. 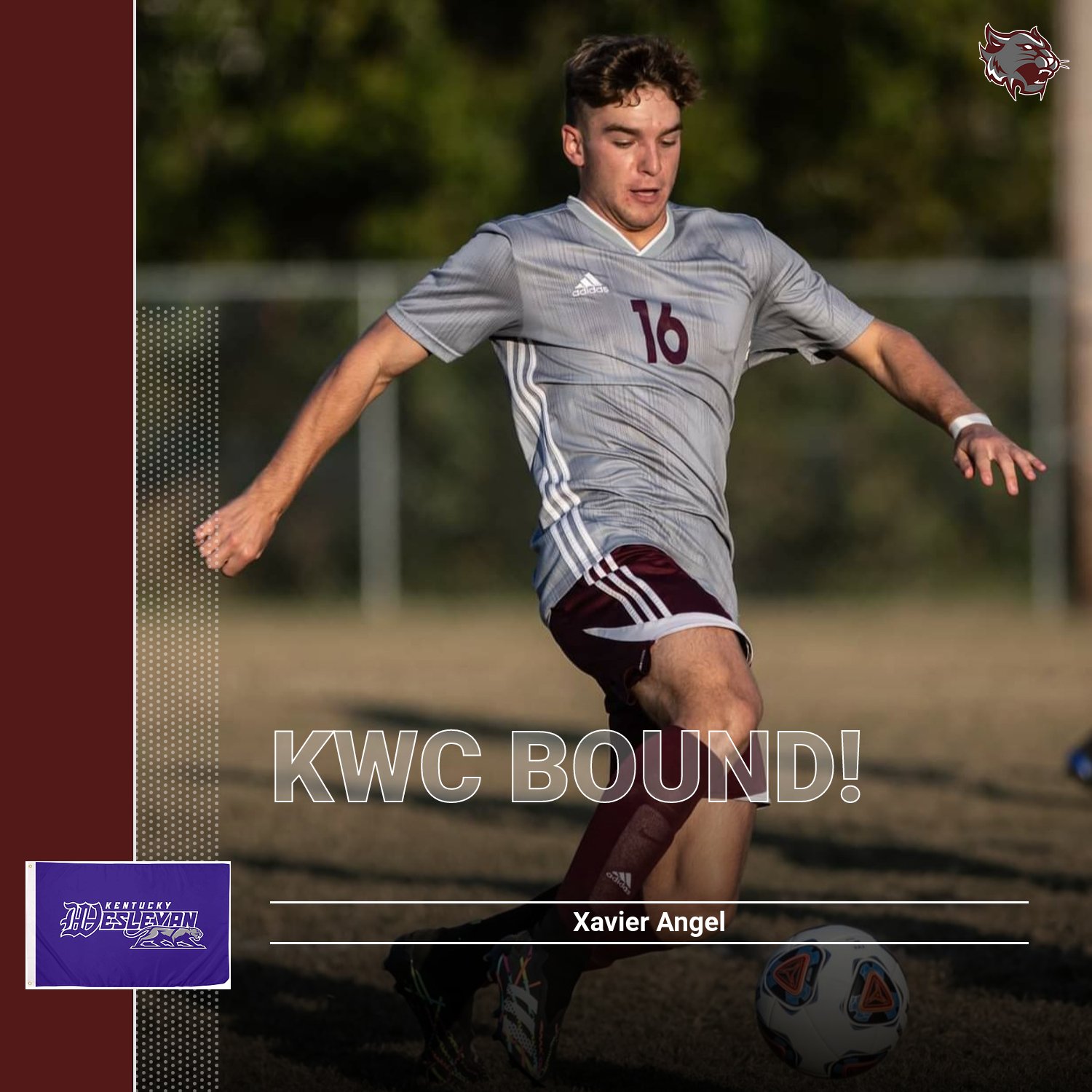 Xavier Angel will continue his soccer career at Kentucky Wesleyan College located in Owensboro Kentucky.  “X” has played soccer since he was 4 years old.  This includes 11 years of club soccer along with his 4 years as a varsity player for MVHS.  In addition to his varsity letters while in high school, Xavier  has also been recognized as the MVP, All-Conference, Academic All-State and “Top Team Player.”  Receiving offers to play both soccer and football, Angel had to go with his passion and he chose soccer.

At Kentucky Wesleyan, Xavier intends to pursue a degree in Business which is one of the reasons he chose to join the Panthers.  “In addition to having my intended major, the soccer coaching staff and the current players made me feel like this was the place for me.  I also wanted to attend a small school.  KWC had everything I wanted and is very much embraced by the Owensboro Community,” said Angel.

As a Panther, Angel’s future team is coached by John Fusco and they are members of the Great Midwest Athletic Conference.  Additional information about the coaching staff can be accessed here:  https://kwcpanthers.com/sports/mens-soccer/coaches and statistics for the team are located here:  https://kwcpanthers.com/sports/2009/8/10/MSOC_0810091816.aspx?path=msoc 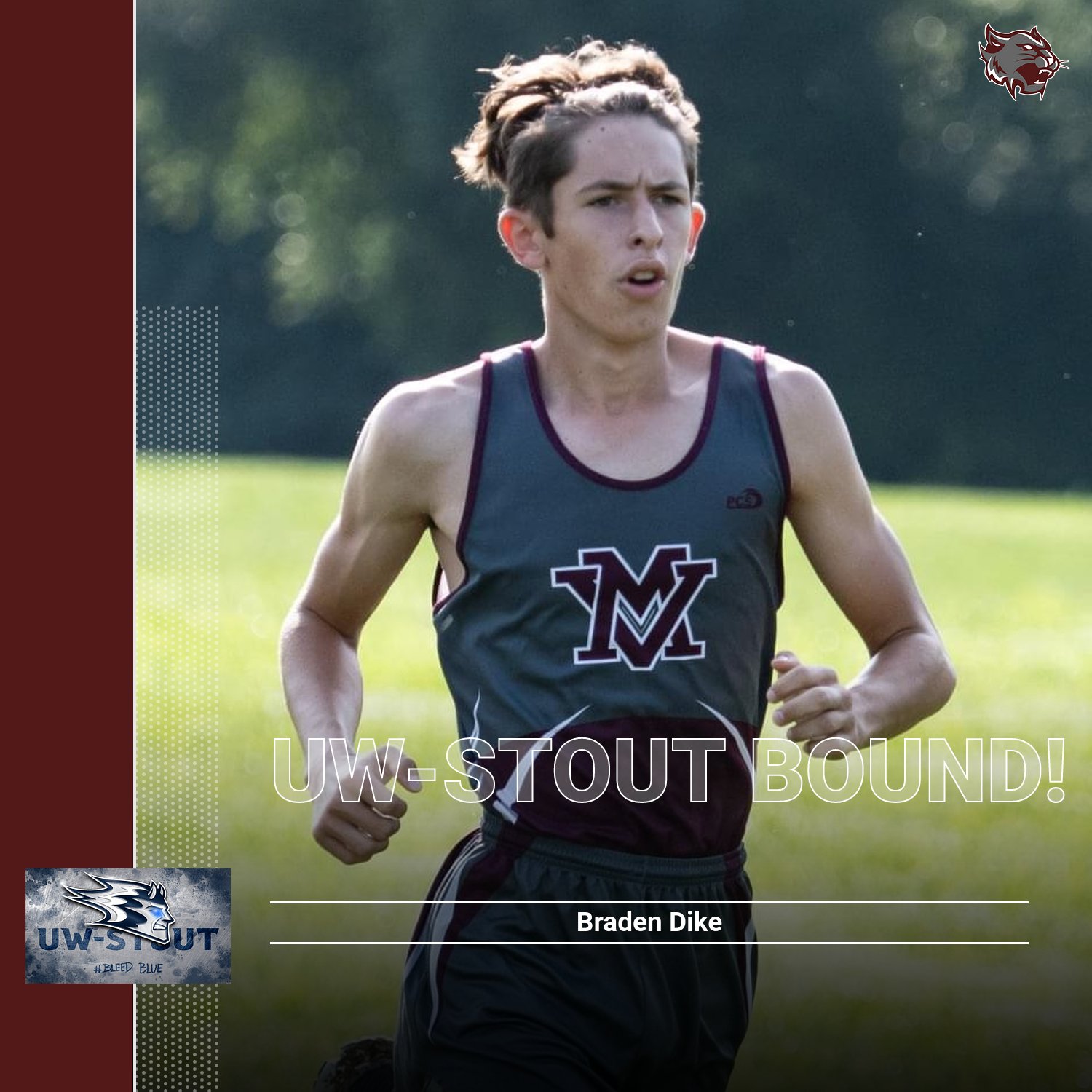 As a multi-sport athlete, Wildcat fans have seen Braden “running the town” for several years as a member of both the Cross Country and Track & Field teams. In addition to these sports, Braden has also played soccer for the ‘Cats doubling up with Cross Country in the fall.  Braden will be traveling to Menomonie, Wisconsin to join the Blue Devils of the University of Wisconsin-Stout where he will run Cross Country as well as Track & Field.

Braden started his running career in Junior High as he ran Cross Country one year and was also the conference champion in the mile his 8th grade year as a precursor to his high school success.  In high school, Braden Dike has run cross country for only 3 years, earning a varsity letter each year.  In addition, he has been named All-Conference in both the Big 8 and the PAC.  He was a 3-time Regional Qualifier and advanced to the IHSAA Semi-State twice.  He has also been named the team’s MVP twice as well as he received the “Senior Award” this past season.

“I chose Stout for many reasons, but the main reason was because of the digital marketing program with great internship opportunities.     I also found the University and the City of Menomonie was a good fit for me.   After speaking to Coach Schauf and meeting some of the cross country team I felt like it was the fit I was looking for.  They have an amazing coaching staff and a great program coming off their third straight trip to the NCAA III Cross Country Championships.”

Dike continued, “I joined cross country my junior year (after running 1 year in jr. high) which is a little later than most.  I found it to be my new found passion.  I have met people and made great friends that I wouldn’t have, had it not been for cross country.  I’ve had an amazing coach, that pushed me to my limit to achieve things I didn’t know were possible.  Cross country teams are like family and I would like to continue that at UW-Stout.”

We are proud of you!