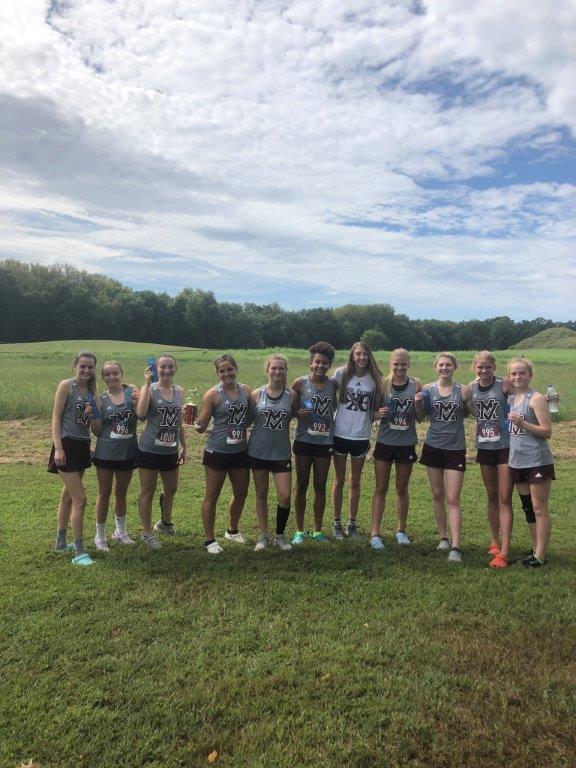 The girls cross country team took home the title of champions at the Mater Dei invite Saturday. The girls competed against 7 teams total with Castle coming in second and Apollo in third behind them.

Freshman, Kaden Leverenz was the individual champion for us winning the meet with a time of 20:32. Freshman, Kori Leverenz took second with a time of 20:46 and freshman, Sophie Kloppenburg placed 4th with a time right behind them coming in at 21:17. All three girls improved since the last time racing at this course and were a big contributor in the win.

Senior, Taylor Collins came in top 10 for the Wildcats placing 8th and improving her time by almost a minute since the last time running at Angel Mounds.

Other runners who received a personal best time for this year were senior, Alison Long who improved her time by 2 minutes from last week placing at 19th, senior, Kathryn Bellew who came in a minute and 15 seconds faster than our meet at Gibson Southern placing 22nd, senior, Sabrina Vaughn at 32nd, and freshman, Peyton Rush coming in at 29th.

Other runners who stood out for the Wildcats were junior, Kennah Keller who placed in the top 30, and freshman, Kaylen Salee who came in at 21st.

The Wildcats have been diligently working to improve their times each race and this has shown through each week. With multiple runners being multi sport athletes, this shows their work ethic and motivation to all work together as a team and get to enjoy the result. The girls cross country team will travel to Crawford County next week to compete in a class race once again. Great job and congratulations again to our individual champion, Kaden Leverenz, and congratulations to our girls cross country team for bringing home the trophy as champions of the Mater Dei invitational!!!