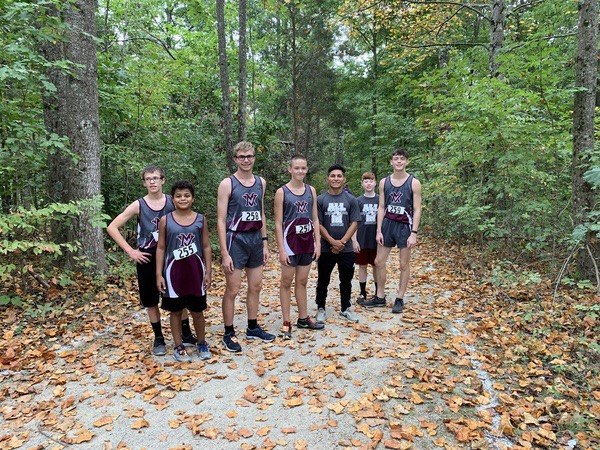 In a field of 289 kids, 36 schools were represented today at Crawford County. The MVHS harriers sent 8 young men to compete: 2 in the Junior/Senior race and 6 in the Frosh/Soph race. While two classes ran at a time, the guys were ranked per class and then an overall combination was used to determine team scores.

The guys really mixed it up today and got competitive within our own ranks! It wasn’t until the very end of the race that it was determined who would come out on top for the ‘Cats. On this course, it is very easy for the times to be between 45 and 90 seconds slower than the previous week. With that being said, most of the guys were right around the same time as their last race or even faster. This shows that the guys are starting to get into “race shape” and will continue to show improvement through these next few weeks especially if they will continue to be competitive with one another.

I am super proud of these guys! Next weekend, they will participate in the Pike Central Invite held at the Regional Course, Pride’s Creek. This race will be a “Regional Preview” and I’m excited to see what the guys can do!
#All_In
#WeAreMVXC
#WeAreMV